However, these propagandists aren't just targeting the young. Take for example Apple Computers, makers of the popular Macintosh line of computers. The real operating system hiding under the newest version of the Macintosh operating system (MacOS X) is called... Darwin! That's right, new Macs are based on Darwinism! While they currently don't advertise this fact to consumers, it is well known among the computer elite, who are mostly Atheists and Pagans. Furthermore, the Darwin OS is released under an "Open Source" license, which is just another name for Communism. They try to hide all of this under a facade of shiny, "lickable" buttons, but the truth has finally come out: Apple Computers promote Godless Darwinism and Communism.

But is this really such a shock? Lets look for a moment at Apple Computers. Founded by long haired hippies, this company has consistently supported 60's counter-cultural "values". But there are even darker undertones to this company than most are aware of. Consider the name of the company and its logo: an apple with a bite taken out of it. This is clearly a reference to the Fall, when Adam and Eve were tempted with an apple by the serpent. It is now Apple Computers offering us temptation, thereby aligning themselves with the forces of darkness.

This company is well known for its cult-like following. It isn't much of a stretch to say that it is a cult. Consider co-founder and leader Steve Jobs' constant exhortation through advertising (i.e. mind control) that its followers should "think different". We have to ask ourselves: "think different than whom or what?" The disturbing answer is that they want us to think different than our Christian upbringing, to reject all the values that we have been taught and to heed not the message of the Lord Jesus Christ!

Given the now obvious anti-Christian and cultish nature of Apple Computers, is it any wonder that they have decided to base their newest operating system on Darwinism? This just reaffirms the position that Darwinism is an inherently anti-Christian philosophy spread through propaganda and subliminal trickery, not a science as its brainwashed followers would have us believe.

It has been brought to my attention that the Darwin OS mentioned above now has a cartoon mascot (no doubt to influence children) named Hexley (pictured above) -- a platypus dressed as a devil who performs occult magic, i.e. hexes. They're not doing a very good job keeping their ties to the forces of darkness a secret, are they? 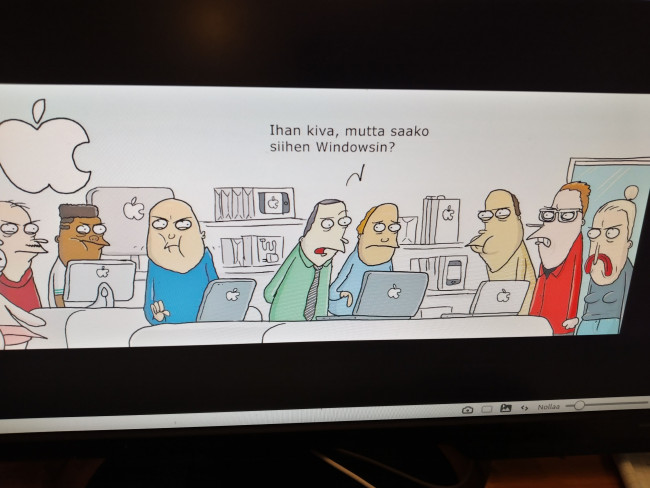